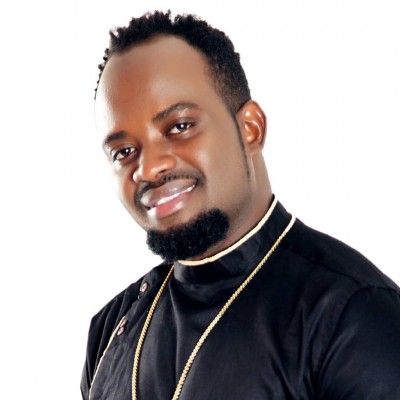 Born – 12 th September 1989 Parents – Mr Lujja Labson & Mrs Masitula Nasazzi Siblings – 1 st born in a family of 5 Profession- Artists/Musician Home Village –Luwero Kiwokozi Music Icon – Lt Elly Wamala and Paul Job Kafero Religion – Born again Christian Tribe- Muganda from Ndiga clan David Lutalo aka Kapapaala is a Ugandan musician from Luwero who first gained success with his satirical song "Kapaapala". He is regarded as one of Uganda's most talented vocalists and has several solo songs to his name as well as several collaborations with Eddy Kenzo, Bebe Cool and Good Life. Lutalo is known by Uganda's music audiences for his distinct, high toned, sharp voice which has made him a favourite among rural and urban Ugandans. He has been rated in some circles as the unofficial Ugandan musician of the year in 2014. He does, Band Afro beat, Ugandan pop genre of music. In 2013, Lutalo joined hands with Radio and Weasel of Good lyfe Crew and they produced Hellena song. In 2014, he collaborated with a young musician Maro, Mubbi bubi David Lutalo started singing way back in secondary school in 2001; writing songs and developing more music ideas. However, he started professional singing around 2006 and released his breakthrough single in 2008.In just a few words; one can call David Lutalo a four years old musician who has succeeded where a number of them have failed and have since then vanished into the blue. He is a married man with two kids more not disclosed Better known as ‘Kapapaala’, a song that catapulted him into stardom, he is none other than David Lutalo.who came onto the music scene in 2008, and what I can say it’s now 8 years. It’s quite well, I cannot measure the public’s perception of my music. But since they [fans] made me what I am today, I can say-it’s positive because they have loved my songs since 2008 up to now Lutalo says; which points at positive perception and many things have made Lutalo what he is right now in a shortest while, because he is God fearing ,Maintains good relationship with fellow artist and fans ..In addition he now has 9 albums under The Hares label David Lutalo has not achieved that much but for a few he has, they include; friends, plots of land and some few other investments but on what Lutalo has accomplished in the 8 years, still project  a number of things in years to come, which cannot imagine; more hit songs, albums and success What inspires him in his music is that he pen down all the songs and derive most of his lyrics/messages from real life experiences, from personal accounts and from friends. That is why most of song lyrics are unique because they are originally derived. His role models are the late Elly Wamala and Paul Kafeero locally and on the international basis he preferred the late Lucky Phillip Dube because of his decency in the public and music which navigated through all walks of life. Lutalo is working at crossing the boundaries and going international. His first attempt is a plan to record with Timaya, a Nigerian musician who has been dominating the airwaves in Uganda recently. Although he says the project is still long away from inception, Lutalo is determined to achieve a large international music following. Currently now with a new album titled Kwasa which is among the best local and international hit album with a huge fan base both listenership and viewership