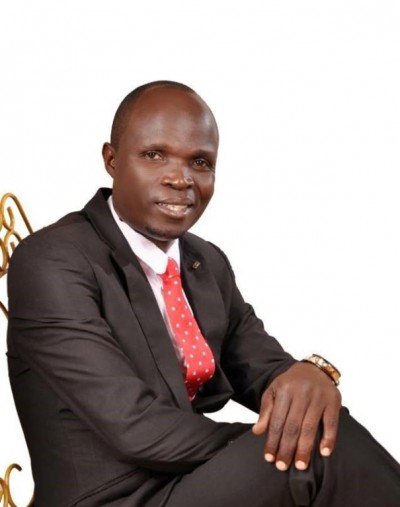 RONALD MAYINJA Date of Birth Real Names: Ronald Mayinja Parents: Undisclosed Education: Undisclosed Nationality: Ugandan Background Ronald Mayinja has been described by many of his fans as the only man that can write what a woman truly feels or what a man feels about her. He is reckoned as one of the best Luganda lyrists....Full biography below

RONALD MAYINJA Date of Birth Real Names: Ronald Mayinja Parents: Undisclosed Education: Undisclosed Nationality: Ugandan Background Ronald Mayinja has been described by many of his fans as the only man that can write what a woman truly feels or what a man feels about her. He is reckoned as one of the best Luganda lyrists that Uganda has today and has many songs to show for it. He is part of the reputable Golden Productions together with other greats like Meseach Ssemakula, and Sekamate Grace . The young Lutaaya never thought that he would end up being a musician; he thought of joining the army as a young man, enraged by the ill treatment by his stepmother. He was put off but the harshness of the training and recruitment process otherwise he would probably be leading patriotic songs with an Kalashnikov strapped to his back to boost the morale of his fellow soldiers and not giving you beautiful songs like Doreen.  He later came to Kampala and stayed with his mother. He used to write music for plays in school and she liked them but wanted her son to go on and join the University and get a white collar job, not become a musician. After his father passed away and his mother left for Europe, Ronald was pushed against the wall financially and decided he didn't want to dream about getting paid anymore. Even though he had a business studies degree from NCBS, he made up his mind that he wasn't going to look for a job but was going to make a living by adding words to melodies..maybe the business skills help him to establish what the people want to hear because he's got magic formula at the tip of his tongue. Soon, he released Sinzoba, his debut album, which Mulindwa Muwonge, then with CBS, helped to publicize on the radio. This helped to expose him as an emerging force and many said he sounded like the late Elly Wamala, as a matter of fact, some thought he was the legend's son. Mayinja is so lucky and gifted to have a melodious voice to project his amorous lyrical concepts. His early success in the field saw him release Akamanyiiro (1997), Claire (‘98), Necklace (‘99), Njakuloondola (2002) and Doreen (2004). With the birth of TV shows like The Late Show on WBS TV, Ugandan artists realized that the screen was an important ingredient in promoting new projects. Mayinja's was one of the earliest Kadongo Kamu/Contemporary Ugandan artists to make a video and Necklace became an instant favorite with daily rotation on the airwaves. The man was simple but the lyrics were hot, hilarious, loving and precise, the kind needed by married people to rekindle loving thoughts.