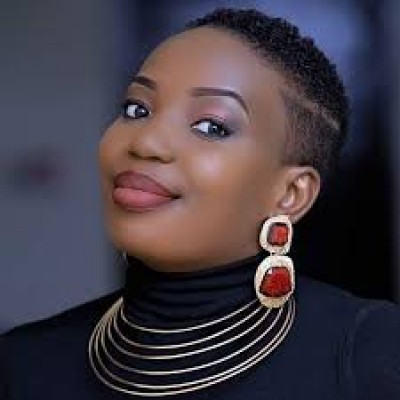 Maureen Nantume is a Ugandan Female Musician born on 18th April 1984 to Robinah Nakitende an onion vendor, Nantume’s mother struggled financially to raise her and her two siblings. Circumstances became worse when her mother died in 1996. “My mother’s death robbed me of any hope for a better future. It meant that my....Full biography below

Maureen Nantume is a Ugandan Female Musician born on 18th April 1984 to Robinah Nakitende an onion vendor, Nantume’s mother struggled financially to raise her and her two siblings. Circumstances became worse when her mother died in 1996. “My mother’s death robbed me of any hope for a better future. It meant that my education had to be halted and the worst was that I had to look for accommodation. It is at this point that I had to look for a job that came with both pay and accommodation,” Nantume recalls. “After my mother’s burial some members of my mother’s family agreed to give my siblings to their families, sadly no one knew who my father was, so I was left alone without a single option,” Nantume relates. Shortly after the burial, her uncle vowed to help her But later abandoned her, she then got a job in Namasuba as a housemaid where she worked for three years earning a monthly salary of Shs15, 000. Although she was down on her luck, Nantume still nursed her dream of one day becoming a famous singer she therefore later applied and joined the Eagles Production as a backup musician and a rising vocalist. Spending time with the band and singing around Uganda on different occasions and events, Maureen Nantume gradually morphed into a big artist and one of the most successful female recording musicians in Uganda. As a joint collective, Eagles Production amassed in uganda and world over. In 2007 Maureen Nantume released her single Titled Siri Ndogoyi. As a rising star and a girl who barely knew what to do in music, the song never worked that much that she later released Abakozi Basafari a song that got her on Top. It is since then that up to today, she has earned respect from the Uganda’s music fraternity, the media and the world at large. Maureen Nantume went to multiple schools for different classes because of her family and background difficulties. From Primary one to Primary Four, she went to Masaka Kiwangala from where she joined Katale Busawula for Primary five to Primary Seven and its here that she completed her Primary Leaving Exams from. After struggling for a while with school fees, the future star dropped out of school in Senior Three in 2002 while at Agro-Links in Namasuba where she studied from senior one to senior three. TODAY, as a reknown artiste, Maureen Nantume has organized and held successful concerts dubbed: 1. Kunfubutula Concert in 2009 2. Kiyungu Concert in 2012 3. Kalaala Concert 2014 4. Nkuze Concert in 2016 5. Ndimuzadde Concert in 2019. Added to the above are many other events she has attended and participated in worldwide, to mention: Several Concerts In London, Dubai, South Africa, Turkey, United States Of America, Sweden, Egypt and many more around the world. With her motivational and counseling music, Maureen Nantume has been invited to perform of many functions like Government functions, Corporate Companies Parties, Weddings, Introduction Ceremonies, Graduation parties and many more both in Uganda and outside. She has further won a number of accolades, i.e.: 2009 – Best Band Song in The Dive Awards 2012 – Outstanding Achievement Award In The industry Of Music And Arts 2016 – Best band Song In The All Start m,usic Awards 2017 – Best Social Message In The HiPiPo Music Awards 2018 – Best Band Song In HiPiPo Music Awards Collaborations: Maureen Nantume has collaborated with fellow Musicians namely; 1. Kisaaganda By Chris Evans Ft. Maureen Nantume 2. Talemwa By Pastor Wilson Bugembe & Maureen Nantume etc Upto today Maureen Nantume remains a pillar in Uganda’s music and one of the most respected and recognized female musicians in Uganda.