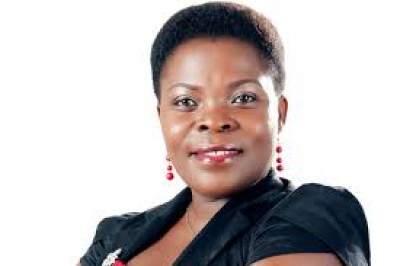 Agnes Nandutu is a female Ugandan journalist and politician. In 2020 she participated in the National Resistance Movement Party primaries which she lost to incumbent Woman MP Justin Khainza,and in the 2021 general election, running as an independent, she was elected Women's Representative for Bududa district.

Agnes Nandutu was born in Bududa District, Uganda. She is a senior political reporter at NTV Uganda. Nandutu is also a moderator and a speaker for NTV citizen debate show called "The People’s Parliament."[9][10] She served as the president of the Parliamentary Journalist's Association from 2011 to 2016. She scripts and narrates the Popular satire Friday segment called Point Blank on NTV Uganda. In 2011, she received a Christmas gift from The Observer for her NTV show, Point Blank.

Agnes belongs to the Bantu ethnic group who are the Gisu people. Nandutu attended Bumwali primary school for her elementary education, she then joined Bbulo girls secondary and later Blucheke secondary school for her high school education. In 1997, she joined Radio Uganda as a reporter. Later, she pursued a diploma in Journalism at Uganda Institute of Journalism and Media studies. She worked at Daily Monitor as a freelance reporter. Between 2002–2008, Agnes worked at Impact FM as a staff reporter before she joined NTV Uganda.

In 2017, Nandutu was denied accreditation to cover the Ugandan parliament by the organization's communications director.

In 2020 during the parliamentary campaigns, Nandutu was tasked to present her husband, something she didn't do and instead asked the electorate over the radio to find her a suitor and implored them to focus on effective representation instead of marriage. the marriage issue was contentious in the public. Nandutu self confessed that she is a mother of seven children though she wished not to divulge more details about it while on an interview with the observer news paper.